This star N.J. athlete changed the life of a 6th-grader 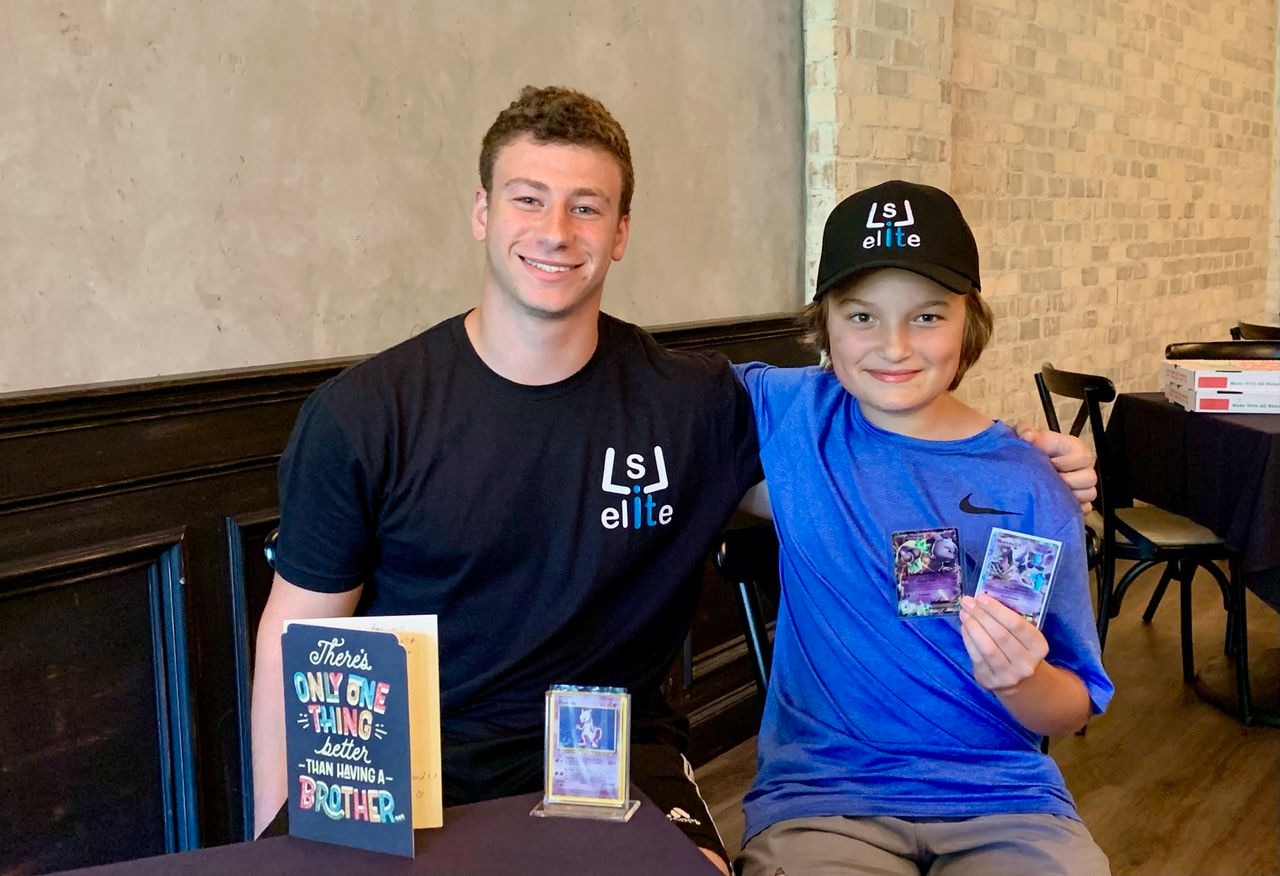 THIS STAR N.J. ATHLETE CHANGED THE LIFE OF A 6TH-GRADER — AND WANTS OTHERS TO FOLLOW HIS LEAD

The high school long snapper was hired to give a struggling 10-year-old football player a few lessons. What happened next? No one saw that coming.

Well, to be clear, this part was no surprise: Logan Rager taught that kid how to snap like a pro, because few young athletes on the planet know more about long snapping than Rager does. They worked for hours last fall into the winter, and when it got too cold on the field in Roseland where they practiced, they took the lessons into a heated garage to keep going.

Now Grayson Carfagno is confident enough to step up and snap the football in any situation for the West Essex Cowboys, and his spirals are sometimes so tight and strong that his father, Chris, ends up with sore hands when he tries to catch them. Which is great.

This story, however, is not about long snapping on a grade-school football team. This is about a teenager who went above and beyond what anyone expected to help make a kid feel more comfortable in his own skin.

This is about one star high school athlete meeting a sixth grader who needed more than just help on the football field and building a relationship that changed his life.

Changed both of their lives, actually. Rager wants that part to be clear.

“I’m an only child,” Rager said. “All I’ve ever wanted my entire life was a little brother. I get emotional when I talk about Grayson because he’s exactly what I would have dreamed of having in my family. And I treat him like my little brother.”

High school football season is underway in New Jersey, and for the next four months, most of the focus will center on the winning teams, the statistical leaders, the big-time college recruits. What Logan Rager did for Grayson is a reminder that the important stuff — the real victories — is the impact that these athletes can make in their communities.

Grayson plays center for his West Essex team, but last season, had so much trouble snapping in the shotgun that he was moved to guard in certain situations. His grandfather, Jack O’Neill, was telling another football parent about how Grayson was embarrassed and dejected when the man mentioned the name of a high school player who might be able to help.

That was Logan Rager. He was the nation’s best high school long snapper at Bergen Catholic last fall, a prospect so coveted that he had dozens of Division I scholarship offers — including one from Nick Saban at powerhouse Alabama. Rager, it turns out, was just starting a side business as a coach. O’Neill became his first customer.

“It was a little difficult at first,” Rager said. “He’s a very shy kid. As the lessons went on, he started getting more comfortable. He was doing a lot better. You could tell, he was becoming a real student of long snapping and really enjoyed it. We developed a really good relationship.”

Rager soon discovered that Grayson’s challenges weren’t limited to snapping. The boy has dyslexia and didn’t learn to read until the fourth grade, when he switched to a special school in Mountain Lakes. Rager, who also had a reading disability as a child, immediately felt a stronger bond with his student.

“I think Logan understands Grayson, and I think he sees a lot of himself in Grayson, too,” said Ashley Carfagno, Grayson’s mother.

The weekly meetings became about more than football. They talked about school, family and life. Rager asked Grayson’s parents if he could spend a day with him at the Craig School “to understand what a day in his life was like,” Ashley Carfango said. Then, when Grayson’s 11th birthday rolled around this summer, Rager asked if he could crash the party.

He arrived with a gift that stunned the birthday boy: A rare — and expensive — Pokemon card featuring his favorite character, Mewtwo, and two other cards. They now sit on Grayson’s bedroom dresser in what his mom calls a “Logan shrine,” along with a framed photo of the two and other mementos from their relationship.

“He’s a good coach and teacher, and he also helps be a lot when I’m not playing, too,” Grayson said. “He tells me he’s always going to be there.”

Their relationship, for now, has some distance to overcome. Rager turned down those scholarship offers to Alabama, Texas, Virginia Tech and others to attend Princeton, banking on the fact that NFL long snappers often don’t attend Power Five schools — see Brown graduate and Giants champion Zak DeOssie, for example — and that an Ivy League degree was too valuable to pass up.

But Rager won’t break his promise. For him, this is also about providing Grayson with something he lacked growing up. When he was about the same age, he tried reaching out to the nation’s top long snapper at the time — a player he’d rather remain nameless — through direct messages on Instagram, asking for advice or even just a few friendly words of encouragement.

“He completely ghosted me,” Rager said. “When I met him in person, he was so Hollywood. I’m like, ‘Dude, you’re a long snapper. Get out of your head!’ When I was older and all these kids wanted to talk to me, the only thing that was going through my head was, ‘I’m not going to be like that.’ I’m going to be the athlete that I wanted to see when I was their age.”

Rager worries that the sports culture has conditioned athletes to think only about themselves, from the likes on social media to the name, image and likeness deals that fill their bank accounts. “All they care about is themselves and making money, and not enough of them give back,” Rager said, and sadly, there is plenty of anecdotal evidence to support this claim.

It doesn’t have to be that way, and Rager is proof. He isn’t doing this for attention or because it will help his “brand.” He wanted to help a kid who needed a role model for more than just long snapping. He wanted to have a little brother in his life.

In the middle of busy week as Princeton prepared for its season opener, Rager still found time for a FaceTime call with Grayson. They talked about snapping “for maybe 15 seconds,” Rager said, before a long conversation about his school work, his upcoming season with the West Essex Cowboys and everything else on the 11-year-old’s mind.

Then they ended the call the way they always do.